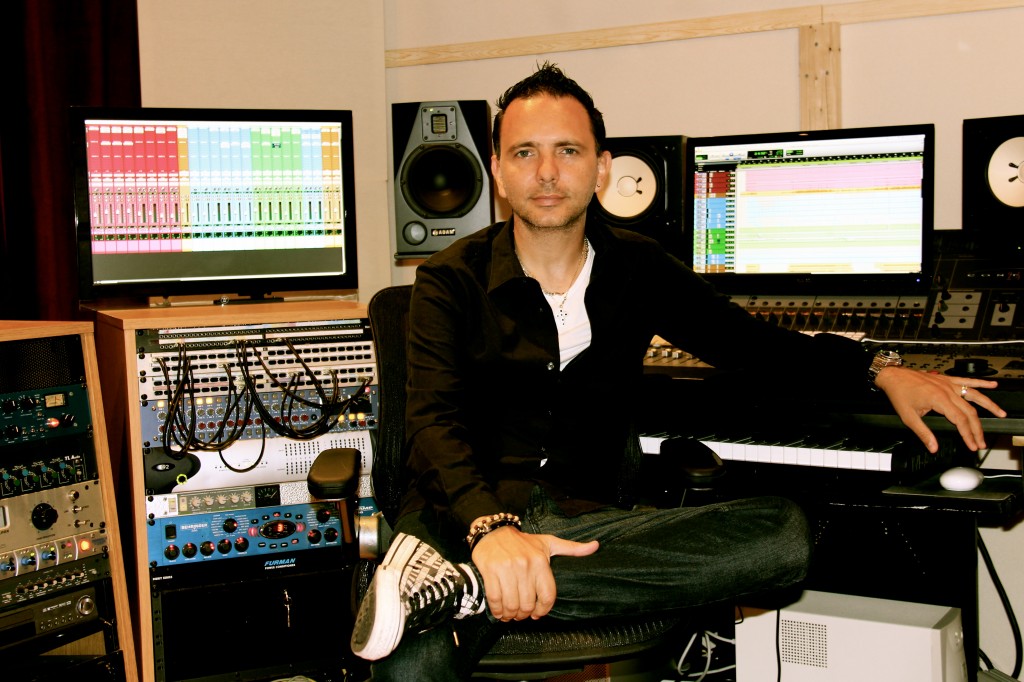 Jose Luis Pagan’s songs and productions have reached the top of the charts in the voices of Chayanne, Marc Anthony, Jennifer Lopez, Il Volo,Thalia, Alejandra Guzman, Diego Torres, Alessandra Amoroso, Gigi D’Alessio & many other icons of the World Music market.

Born in Argentina, Jose Luis Pagan discovered an interest in music at an early age. He started playing drums at a friend’s house, and soon after discovered the magic of the guitar, falling in love with the instrument. Jose formed his first rock band at 12 with a couple of raucous neighborhood kids, and soon after, he began to write his own songs. His sensitive melodies combined with the power driving rock of the time was trendsetting.
At 17 Jose was a member of “Switch” – a band with a surprising avant-garde twist. Around this time he started working as a recording assistant at Ion in Buenos Aires, familiarizing himself with professional sound and recording techniques, adding yet another element to his musical talents. This led to writing songs and musical arrangements for other artists. Jose produced and collaborated with some of Argentina and Brazil’s most important artists – such as Marcela Morelo and Natalia Oreiro and Xuxa.
Jose settled in the United States in 2000, where his notoriety and success continued. In no time he was collaborating with many big names in the industry – Gisselle, Innis, Ilegales, Jennifer Pena, Christian Castro, Melina Leon, Litzy, and Patricia Manterola just to name a few. Jose’s songs have reached the top of the charts, creating hits for celebrities like Chayanne, Marc Anthony, Jennifer Lopez, Il Volo, Thalia, Roberto Carlos, Alejandra Guzman, Diego Torres, Alessandra Amoroso, Gigi D’Alessio, Americo, Sarah Lenore, Yolandita Monge, and many others in the World Music Industry. Jose’s talents, professionalism, and graciousness continue to reach the industry’s most influential people.